Get fresh music recommendations delivered to your inbox every Friday.

by The Soft Pink Truth 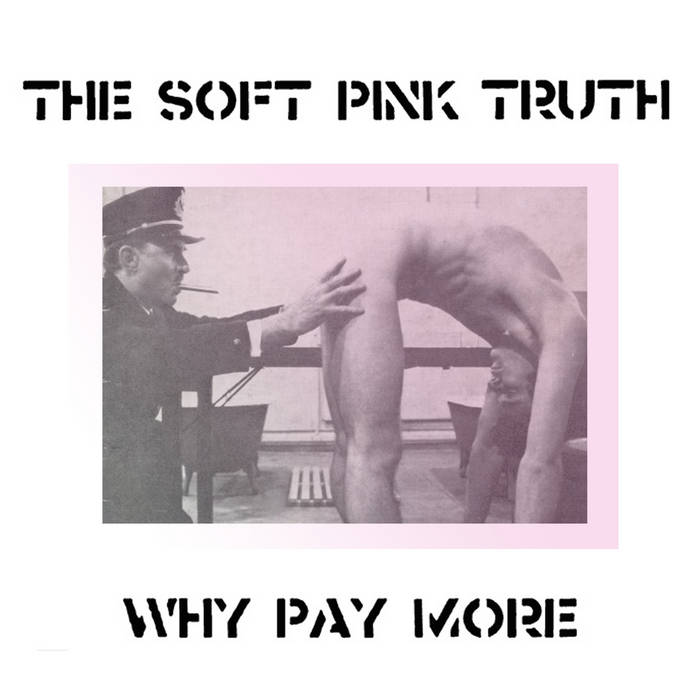 JoronJoron This collage of YouTube excerpts over glitchy electro is both intriguing and scary. Favorite track: Party Pills.

Howard C There is a line that begins with The Art of Noise, loops through DJ Shadow and ends with this. Seriously. A work of genius. Favorite track: Party Pills.

Why does this album exist? I first discovered YouTube in 2006 when I stumbled onto a video of a sandstorm in Iraq and was transfixed. Soon enough, we all were, and, accordingly, YouTube became the omnipresent global corporate force that it still is today. In October of 2007 I announced that I was going to do a project called The Soft Pink Tube in which individual tracks would be based entirely on the sampled results of YouTube search queries. I gathered files tagged with five words: “Step”, “Looking”, “Acapella”, “Awesome” and “Party,” but abandoned the project after completing and disseminating only one song, “Party Pills.” Why’d I give it up? Part of the reason is that I was simply too busy with academic work and Matmos and didn’t have the time. Part of the reason is that my love of YouTube soured in the wake of an incident in the UK in which teenage kids beat up a homeless person while filming it and joking about putting the footage on YouTube, which made me feel queasy about the way that social media formats reward behavior. People blithely recirculate content regardless of the harm or damage inflicted or compounded by that process, and without reflection on their own agency. In the interim many artists have made projects around the manipulation of web audio, with wildly varying results, from Cory Arcangel’s Schoenberg cut-ups and Kutiman’s ThruYOU assemblages to the neo-fascist choral arrangements of Eric Whitacre. Life intervened, The Soft Pink Tube shriveled up, and years went by.

This November over the holiday vacation from school, I found myself home alone and decided to fire up my old E-Mu hardware sampler and complete the songs I started eight years ago. The result is the first four songs on this album, which are 100% web-audio based compositions: “Are You Looking?” combines the results for the words “Step” and “Looking”, “Acapella” and “Awesome” are self-explanatory, and “Party Pills” returns. In order to round this out into an album of coherent SPT material from the same era, I gathered together some unreleased tracks which were left stranded when SPT became for all intents and purposes a cover band. In some cases, I have adjusted these tracks and added new layers, and in some cases they have been left as is. “Why Pay More?” was originally created for a performance at Whartscape in 2009 in which audience members had to guess the track’s bpm in order to win a prize (a life size bust of Master Chief from the video game Halo); it has been re-edited for this release. “What’s A Computer?” and “I Love Your Ass” are refugees from the era of the “Do You Want New Wave?” album and are left untouched; “Fire Island of the Mind” dates from the beginning of the Soft Pink Truth project, but has been remixed.

Because of the web-based derivation of the majority of this material, it feels right to me to make this album available in digital formats online rather than as a vinyl recording, compact disc or cassette. You are free to make your own decision about whether or not these labors deserve compensation (why pay more?). I am grateful to the countless strangers who shared their experience, voice, talent and/or madness on YouTube, allowing me to make this music. Thank You. – Drew Daniel

The Soft Pink Truth is the solo alter ego of Drew Daniel, one half of celebrated Baltimore-based electronic duo Matmos.

Bandcamp Daily  your guide to the world of Bandcamp

Lance Skiiiwalker joins the show to discuss his most recent releases